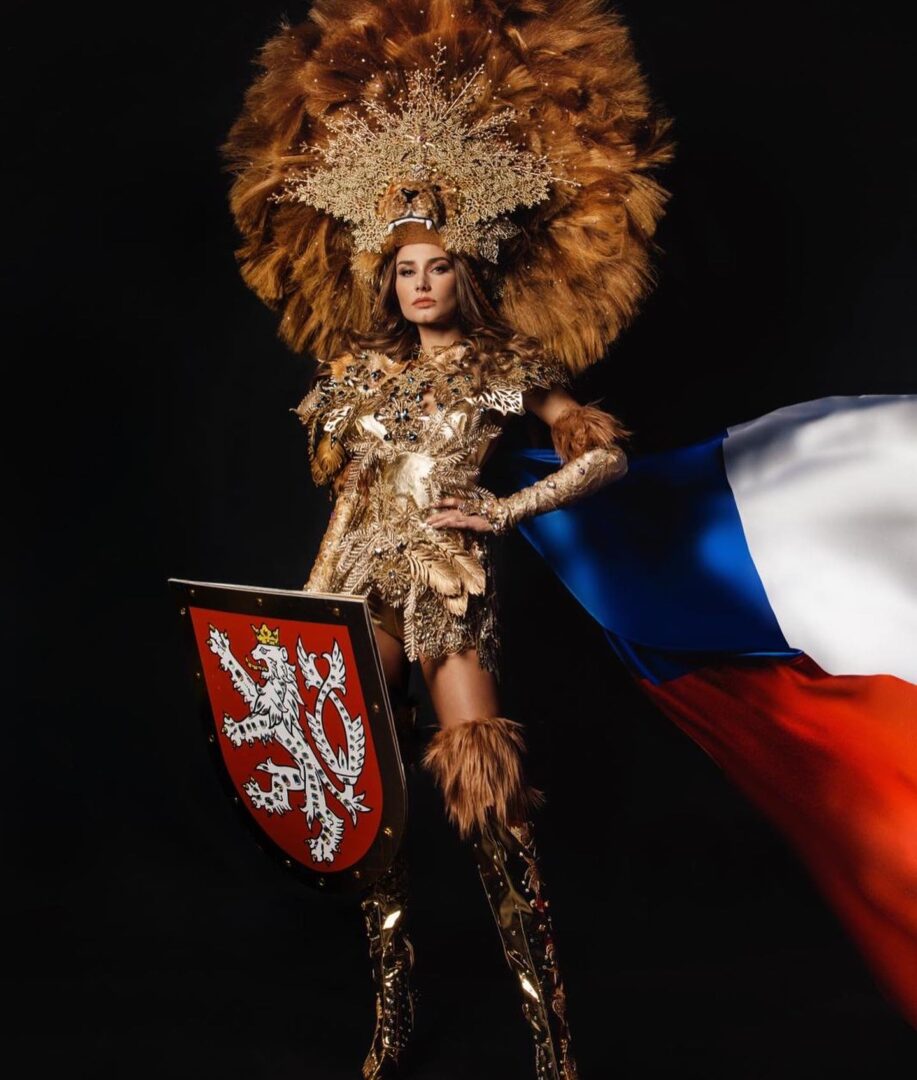 LOS ANGELES, December 13, 2021 (Newswire.com) - The 70th annual Miss Universe competition took place in Eilat, Israel, yesterday, where 80 women traveled from all over the world to proudly represent their countries. Karolina Kokešová, the current national titleholder of Miss Universe Czech Republic and the current international titleholder of Miss Global, chose to use her international platform to do more than compete for a crown. While preparing for the competition, she realized she could use her national costume as a medium to share a meaningful message with the world

With women's rights issues in the USA and abroad making headlines, such as the latest abortion law in Texas, and the Taliban dismantling women's rights in Afghanistan, Karolina chose to use her moment on stage as an opportunity to take a stance and increase awareness on these issues. It was important to her to have a national costume to not just represent her country of Czech Republic, but also what she believes in as a citizen of the country that goes beyond country borders.

Partially inspired by Variety's Power of Women event in Los Angeles back in September, where Angelina Jolie spoke about women empowerment, Karolina's national costume design was also inspired by the concept of a warrior. She carried a shield showcasing a dual message: "Protect women's rights worldwide," with the black, red, and green Afghanistan flag as well as the words, "I'm one voice, but together we can roar" with a backdrop of the Texas flag. Both messages symbolized the corresponding women's rights issues at hand.

"It is concerning to me that a state like Texas is moving backwards with women's rights," says Karolina. "Many women are not even aware that they are pregnant before the six-week mark, so this law does not allow them the time needed to make the right decision for their bodies and their lives, especially the fact that the Texas law doesn't even make an exception for rape survivors."

"It also saddens me to hear of women living in fear in Afghanistan as their freedoms are being taken away," she says. "We need to show women around the world that we stand with them."

Karolina's efforts began back in August when she heard about Afghanistan refugees being resettled in the U.S. She worked with the Miss Global Organization in partnering with the International Institute of Los Angeles to donate hundreds of essential items for the refugee families.

Although Karolina did not win the Miss Universe title on Sunday, she was honored to stand up for women and arm her costume shield with an important message for women all over the world.

Posted in Uncategorized
Scroll To Top