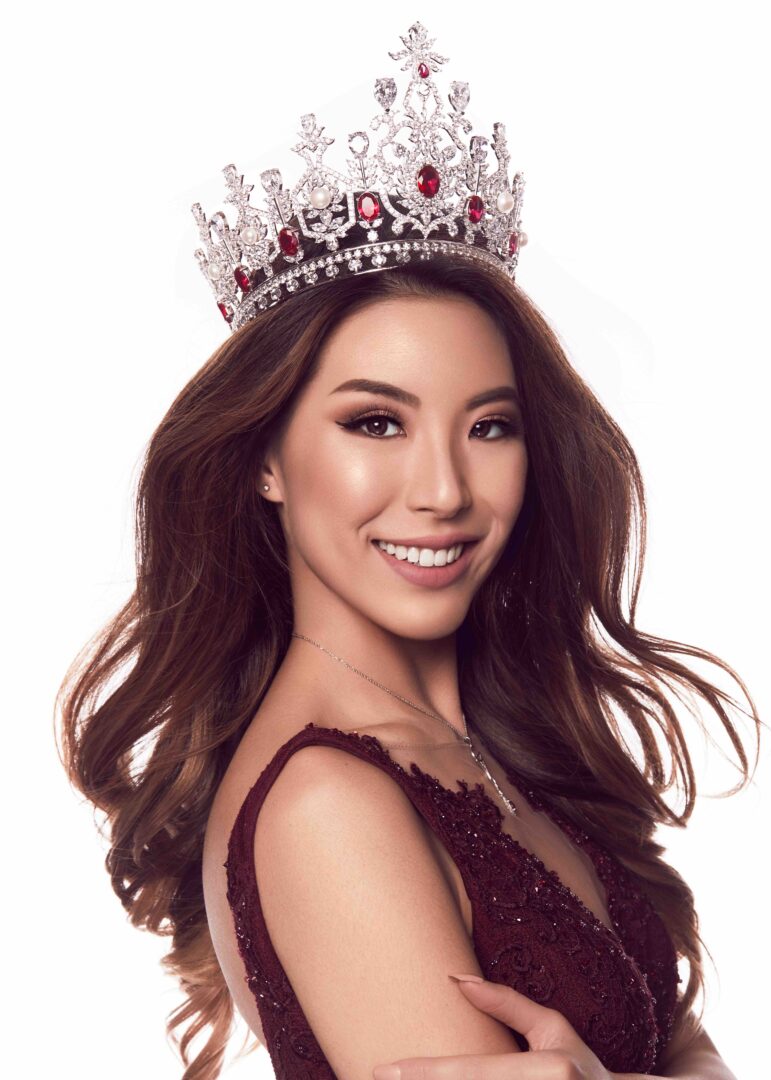 Hometown: Prague
Age: 25
Height: 172cm
Weight: 105 lbs
Bust: 82
Waist: 61
Hips: 90
Sophia Ng, 27 was born in Vancouver, Canada in 1991. She then was raised in Hong Kong and attended Hong Kong International School from childhood up until she graduated high school at the age of 17. During Ng’s developmental years, she developed her passions for volleyball, basketball and music, in which she played clarinet, and saxophone for the school band. Ng had dreams and aspirations to play volleyball professionally. However, at age 16, an sport related injury led to a torn ACL and MCL, requiring Ng to immediately go under a complete left-knee reconstructive surgery. Bed ridden for months, the psychological toll of a shattered dream and recovering body led to an eventual downward depressive spiral. A friend urged Ng to get the help she needed and it was through the transformative power of therapy that she found a new sense of purpose. She then attended the University of British Columbia, in Vancouver Canada where she chose to major in Psychology.

During Ng’s college years, she volunteered at 4 different psychology labs as a research assistant, and played a major role in analyzing risk-taking behaviors, what led people to do random acts of kindness, and how to increase re-cycling behaviors in people. It was through her involvement in research that Ng realized that the life of an academic was not for her, and that in fact the most fulfilling role she had played was that as a teaching assistant for Psychology 101, where she mentored over 200 students who shared her love and curiosity for psychology. She realized that her love for understanding human behavior and connection was deeply tied to her innate ability to empathize with people’s pain and joy. During her last year of college in May 2013, she applied to masters programs in counseling psychology to pursue this new passion. Accepted into the University of San Francisco, Ng moved from Vancouver, Canada to San Francisco in January of 2014 and began her higher studies. She fell in love with this field, as she cultivated her skills as a therapist throughout an internship at Community Youth Center of San Francisco. CYCSF immediately hired Ng after she graduated from USF in May 2016, and Ng has remained there since and was promoted to the Senior Program Clinician role as a result of her excellent service delivery as a therapist. She works with children and teenagers from age 5-19, and does individual counseling for those who suffer from a diagnosed mental health disorder (major depressive disorder, attention deficit hyperactive disorder etc). Whilst working as a school based therapist full time, Ng was scouted at CYCSF’s annual gala March 2018 by the Miss Asian Global organization. Ng had never done anything modeling or pageant related and was unsure as to what pageants could offer her already budding career in mental health. Her supervisor encouraged her to take a risk, as he believed she could use the MAG platform to further her passion of wanting to de-stigmatize mental health especially amongst the Asian American community. Driven by this purpose, Ng applied and was accepted. Having to learn how to walk, pose and have stage presence was completely foreign to Ng, but she was a fast learner and persevered. In August 2018, Ng was crowned the runner up title - Miss Asian America 2018 in her first ever pageant. Since then, Ng has been a leader in the Chinese community in San Francisco, featured in WIRED magazine, guest lectured at UC Berkeley and the University of San Francisco and has even given an Imagine Talk all in which she has spoken about the issues surrounding mental health and offering her insights and solutions. She has inspired hundreds of students who have taken her message back to their own communities to evoke change in the negative attitudes about seeking mental health services, and how to help a loved one who is showing signs of depression. In November 2018, the opportunity to apply to Miss Global came up. Intrigued by the international platform, cultural experience and even greater exposure that Miss Global offered, Ng applied and independently sponsored herself without any hesitation. The experience would prove life changing as she was eventually crowned Miss Global 2018. Ng’s primary goals are to continue to de-stigmatize mental health through advocacy and education, and to foster more open dialogue about mental health problems in a culturally sensitive manner. In addition, she is passionate about women’s empowerment and creating spaces where women can support each other and inspire the next generation to continue this path.